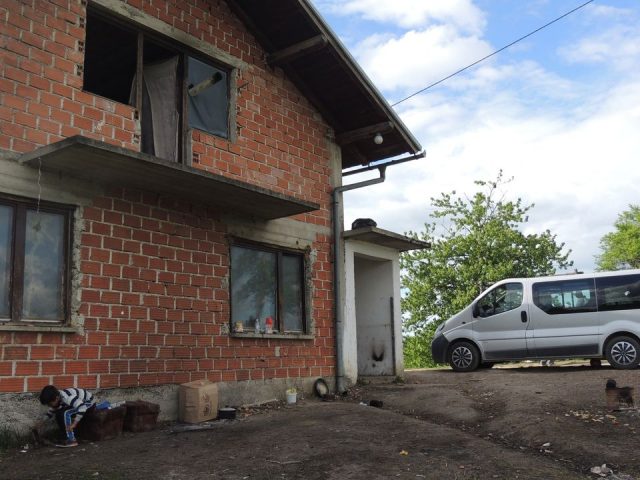 Today another large eviction happened, this time in the Šturlić area. Around 160 persons, mainly families with minor children, were forced out of their houses by the police in the early morning and taken to the family camp of Borići in Bihać (families) and to Lipa (single men). While some of the people we are in contact with currently remain in the IOM-run family camp Borići in Bihać, others tell that they have already started their journey back. Also, single men living in squats around the same area got evicted and were taken to Lipa camp from which they now try to make their way back up to Bihać. “Police gave us 10 minutes and told us to take everything we had with us” a young woman told us. “Then they set the remaining things on fire and closed the doors of the houses”. Nobody was able to take pictures or videos of the situation, because police did not allow people to use their phones during the eviction and threatened to otherwise take the phones away, as some people explained to us. So far, fortunately, we have not received any information about physical violence by the police during the eviction. NNK has been providing food and non-food items to people on the move in the Šturlić area since last year. The location of the spot, where a lot of people are living together in large houses, is calm. Until now, it was a rather quiet place without too much harassment by authorities, which is why especially families chose to live there. The pictures give an impression of our encounters with the people on the move living in Šturlić in the past. After our last distribution three weeks ago we were invited to join in for some games and received some much-needed mechanical advice. The events of today will have shattered this tranquility, at least for some time. We are very concerned about the frequency of evictions in Northern Bosnia & Herzegovina in the last weeks. In addition to the events in Bihać, last Monday in Velika Kladuša police counted the persons currently living in the forest, at two areas close to Velika Kladuša with many tent camps spread all over the woods. This gives the impression that there might be evictions planned also in the area of Velika Kladuša, where until now no large-scale evictions have taken place. As of right now, we will go to Šturlić again in the next few days to get an overview of the current situation and provide food bags and non-food items for the few remaining persons and those who will have returned by then. Although it is out of question that no one should be forced to leave the place where he or she, despite all odds, has found at least a little peace for a while, to us it is even more shocking when evictions hit families and children. All this is coming with some political decisions. We need to remember that this is not an isolated decision from local authorities in the Una Sana Canton (where Bihać and Velika Kladuša are located). This is part of the European strategy towards people who are migrating. People coming from countries in war, conflict or with repressive governments face almost no chance to migrate safely or to get asylum. They can ask for asylum when in EU territory but the borders are closed and are full of violence. The same budget that goes to close these borders goes also to create camps and to strengthen the police in the neighbouring countries, as part of this externalization of borders that we have been analyzing and showing for a long time. Since the visit of Ylva Johansson, European Commissioner for Home Affairs, in February to Bosnia and Herzegovina and Croatia it was clear that the EU will not do any human change to its policies. She met with Davor Božonović, Deputy Prime Minister and Minister of Interior in Croatia to speak about “managing migration and on a well-functioning border monitoring mechanism”. While it is proven that this border is very violent and that Croatian police agents are pushing people back illegally from the EU to Bosnia and with violence, Croatia “successfully completed Schengen evaluation procedure” according to Brussels. On Tuesday 2nd June, European Union authorities spoke publicly about improving the EU’s external borders management. About the strategy that the European Union has in Bosnia as a neighbour country, we can see it now, once more, with the increase of the evictions of informal settlements: locked people in camps. Sedra Camp, managed by EU money and made for families, has not accepted new people since weeks. Last official news is that it will be closed and that the families living in Sedra will be moved to Lipa Camp. Lipa Camp, when it was managed by IOM with money from the European Union last year, decided to close because it did not follow the required standards. The location of the area, far from cities, in the mountains, makes it difficult to bring proper water or energy for the electricity. Which is the solution from the EU this year? Send more money to make Lipa Camp bigger than last year and also to host families and children there.
All this is torture for people. EU, open the borders! 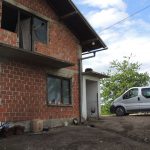 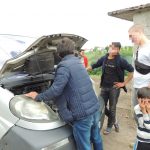