Athens: Companies are the state‘s collabos on internal and external war (claim of responsibility) 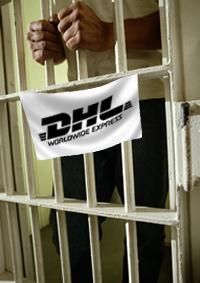 At 29 of June we burned a van of the multinational capitalist company DHL of german interest in Nea Smyrni, Athens.

The last days, one of the most succesful conflictual struggle of anarchist‘s projects took place in Berlin. The squat Rigaer94 managed to resist to their eviction, injured a lot of cops and at the end of the day, canceled the eviction itself, creating a big mess to the political system some weeks before the elections. It was another illegal and stratigicaly stupid effort of the german state to take the liberated ground of Rigaer94, using the excuse that the building needs a fireprotection. Dozens of international solidarity attacks took place against german capitalism and this was something that affects positivly the resistance of the comrades.. Because capitalists care about damage.

When a capitalist company is attacking to its workers, or is collaborating with a state in repression and military structures and actions, then it is very easy to put pressure on them to stop. Especially companies like DHL which has its yellow vans everywhere in the cities of the world. All international companies are hostile to the freedom of people, but we can choose what we attack in relation with specific political targets.

DHL has been under severe attacks the previous years because it was working on the logistics of the german army and the NATO. After the nonstop attacks they decided to stop (at least, this is what they say publicly). But their crazy necessity for financial growth and there relations with the high bloody authorities couldn‘t stop them from continuing their collaboration. The last years DHL is absorbing people from the army, giving them working positions in the company. When somebody is getting the nationsstate decipline programme, is becoming after a great worker. This is not a new tactic of DHL. They made the same tactic with prisoners in UK. They turned prisoners in a very cheap labor. An absolute colonial method of slavery labor.

The colonialism is in the core of international companies. They occupy grounds using money and political influence, destroying all their local antagonists. They are ready to offer to a war and after exploite the destruction on the peoples‘ life. German capitalism knows from this tactic very well. That‘s why in the past a lot of comrades move on to massive attacks to DHL and other german companies because of the poverty mesures, Germany was implementing to the multinational working class in Greece. Of course the local bosses are always the worst, but this does not mean that we will let the international giants unhurt. We want to eliminate them.

As other comrades did some days before, we also follow the reason to attack to german companies to support the resisting movement there but also to denounce the war collaboration between German and Turkish state against the revolution of Rojava.

Solidarity to all aggressive squats, to all prisoners and the insurgency against the NATO oppression of the social revolution

We are very happy for the re-occupation of Empros and Rosa Nera. We hope the rest of the squats to get re-occupied. 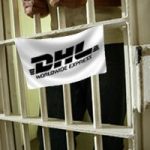