Solidarity with Alfredo Cospito on hunger strike against 41 bis. 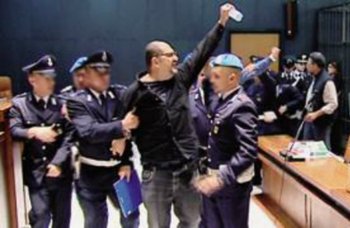 Since May 5, the anarchist comrade Alfredo Cospito has been suffering the legalized torture of the 41 bis, an Italian prison regime. Since October 20, Alfredo has been on hunger strike to protest against this infamous regime.

He is isolated in the an high-security prison of Bancali (Sardinia), without being able to have any kind of human contact or communication except with his own torturers, Alfredo has decided to use the only tool he has left to get his protest outside the walls of his cell: the hunger strike.

For many years it has been clear that he, and with him the entire radical movement, are the target of a repressive apparatus that is becoming increasingly insidious and heavy-handed in Italy. The multiple Police operations, trials, arbitrary detentions and charges, are aimed to criminalize all forms of dissent.

All those practices aim to label as terrorists those who, through the sharing of ideas and experiences, express a radical critique towards the current conditions and the increasing of racist and fascists politics.

To recall some of the measures provided by the 41bis regime: surveillance by camera h24, solitary isolation for 23 hours a day, censorship and restriction of mail, trial through videoconference, interviews possible only with a direct family member and only for one hour a month.

Some of the measures provided by the 41bis regime are: surveillance by camera h24, isolation for 23 hours a day, censorship and restriction of mail, trial through videoconference, interviews possible only with a direct family member and only for one hour a month.

We strongly affirm our solidarity with Alfredo and all prisoners in 41bis who are forgotten, walled alive in a condition of total isolation, dehumanization and torture!

In addition, since October 25, the anarchist comrade Juan Sorroche, detained in Terni prison, started a hunger strike in solidarity with Alfredo.

From inside to outside prisons we fight together for the elimination of 41 bis. Against jails and the state that produces them. A hug and solidarity to Juan. 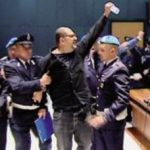