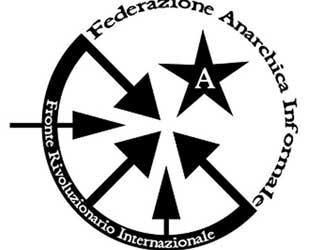 To give context to the recent Cassation court of our anarchist comrades imprisoned and feeling the blows of repression that is Operation Scripta Manent in Italy that targetted the Italian Informal Anarchist Federation, we translate and repost the communiques of ‘Operation “FAI DE TE” (D.I.Y.) in which the bomb attack by ‘Rivolta Anonima Tremenda – Federazione Anarchica Informale’ against the Carabinieri School in Fossano features. This attack was described as ‘poiltical massacre’ by the scum of the Italian justice mafiosa and formed an integral part of the Scripta Manent trial.

1st phase: Bombing of the Carabinieri School in Fossano on June 2, 2006
2nd phase: Explosive packages on July 4, 6 and 7, 2006 to:
– Director of “Torino Cronaca” Giuseppe Fossati
– COEMA Edilità srl
– Mayor of Turin acting for the time being Sergio Chiamparino
Phase 3: Triple explosive attack in the Turin neighborhood of Crocetta on March 5, 2007

On the night of June 2, 2006, two devices hidden inside two garbage bins placed about ten meters from each other explode in front of the Carabinieri cadet school in Fossano. The two explosions are timed to occur 25 minutes apart. The second device contained numerous bolts. Carabinieri officers attracted by the first explosion thought it was an act of vandalism, so they cleared the debris from the road and moved away before the second explosion occurred

OPERATION DO-IT-YOURSELF
With Operation DO-IT-YOURSELF, the RAT was born: celebrating in our own way, with 2 large firecrackers filled with bolts, the birth of the infamous Italian republic and the equally infamous anniversary of the Carabinieri weapon.
RAT identifies itself under the banner of the Informal Anarchist Federation and calls on the other federated groups to join the DO IT YOURSELF campaign in solidarity with all arrested anarchists, in response to the wave of anti-anarchist repression that has hit the movement in recent months, forcing many anarchist newspapers to close their doors by putting entire editorial offices under lock and key.
We have no intention of waiting for hypothetical mass uprisings, of spending our lives dreaming of burning suburbs and hordes of exploited “barbarically” storming the neighborhoods of the rich. Free from the soporific influence of the know-it-all leaders of the anarchist movement, we have decided to go it alone, taking action. We know that our means are meager and that the comparison with the bombs dropped on Iraq and Afghanistan is unequal, but we also know that only by actions such as these can we help build an anarchist movement capable of fighting the dreariness of exploitation and the habituation to authoritarianism. We hit the Carabinieri cadet school in Fossano to make them understand from an early age what admiration their criminal career raises among us exploited, among those who immigrate every day struggling to survive without an ID in their pockets, among those who have seen friends or relatives mowed down at a checkpoint, among those who reject the present state of affairs and rebel, not with talk, but here and now. We love to distribute “firecrackers” in their path so that 10 100 1000 Nassirya* is not just a shouted slogan, but a reality not only in the far east, but also in our cities and valleys.
Solidarity and freedom for all anarchists imprisoned in Italy, Germany, Spain and Greece!!!
Solidarity and freedom for all prisoners!!!
Fire in prisons, barracks, C.P.T., banks and courts!!!

Between July 4 and 7, 2006, explosive/incendiary packages were delivered to the Turin headquarters of the company “COEMA Edilità,” to the temporary mayor of Turin, Sergio Chiamparino, and to the editor of the newspaper “Torino Cronaca,” Dr. Giuseppe Fossati.

Inside the envelope delivered to the headquarters of the Turin newspaper the following text:

The following day a claim was received by the same press organ:

FAI.RAT. WITH THIS WAVE OF EXPLOSIVE LETTERS STARTS THE 2ND PHASE OF OPERATION DIY. THE 1ST PHASE DOUBLE BOMBING IN FOSSANO IN SOLIDARITY WITH THE ANARCHIST PRISONERS OF LECCE AND TOSCANI, WE ADD IN THIS 2ND PHASE ACTIVE AND CONCRETE SOLIDARITY TO ALL MIGRANTS LOCKED UP IN THE CPTS, NEW CONCENTRATION CAMPS WITH A PRIMARY TARGET: THE COEMA COMPANY TO WHICH WE WARMLY ADVISE TO DISSOLVE THE CONTRACT X THE ENLARGEMENT OF THE C. P.T. IN CORSO BRUNELLESCHI – WE WILL HAVE NO QUALMS ABOUT HITTING HARD AT THOSE WHO COLLABORATE EVEN MARGINALLY WITH THE COEMA COMPANY WE INVITE OTHER FAI GROUPS TO JOIN THIS CAMPAIGN
FIRE AT PRISONS AND C.P.T.
BULLETS TO PRISON BUILDERS AND COPS
FIRE TO JOURNALISTS FOMENTING RACIAL HATRED
LONG LIVE FAI
LONG LIVE ANARCHY

LOOKING FORWARD TO THE 3RD PHASE_ SEE YOU SOON

At 4:25 on the morning of March 5, 2007 in Turin, Italy, an explosion destroyed a garbage dumpster on Corso Trento. About ten minutes apart, two more explosions of devices placed in as many waste containers occurred. The following March 6, 2007, envelopes containing a claim and a document “4 years ….. December 2006”

We begin the third phase of the “DO IT YOURSELF” campaign with a series of explosions among the avenues of the ” crocetta.”
– This time we chose the neighborhood of choice of the exploiters and the powerful, an elite neighborhood where certainly prisons or detention centers for immigrants will never be built, destined always for the suburbs: the excluded among the excluded.
-This time we brought the war among the exploiters, today we planned the explosions at night, next time, if the C.P.T. in C.so Brunelleschi does not close, during the day. So next time the Red Cross can pick at the pile of the privileged rather than contribute to the repression of the exploited.
– We will continue the campaign even if they move to other locations in Piedmont, the goal being the abolition of these modern structures of racial segregation.

CLOSE THE C.P.T.
FREEDOM TO THE OPPRESSED DEATH TO THE EXPLOITERS
FOR ANARCHY AND SOCIAL REVOLUTION

WE SPREAD ALONG WITH OUR CLAIM ALSO THE WRITING “4 YEARS” SOON WE WILL SPREAD OUR OWN CONTRIBUTION TO THE DEBATE, WE GREET ALL INFORMAL FAI GROUPS

On June 26, 2007, threatening letters against COEMA EDILITY arrive at some press organs.

At COEMA EDILITY we have already identified those responsible – we will hit you. The partial escort that the state has bestowed on you will be short-lived; it will end when your dirty work is completed. We will wait and it will not be just a firecracker that will get your blood flowing.
To Chiamparino and co. the cpt must close.
Crocetta by night will be followed by more island of privilege by day.

* Nassirya, most likely referring to the 2003 suicide attack in Nassirya, Iraq, that killed 18 Italian soldiers, mostly members of the MSU Carabinieri, who were used to police the occupation of Iraq after the 2003 invasion. 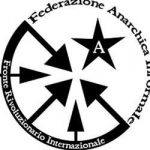