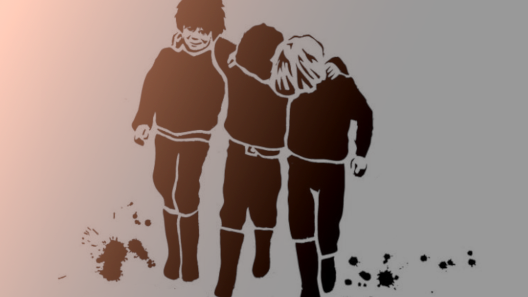 This writing stems from the need to explain to comrades what will happen after the Cassation ruling for the Scripta Manent trial issued on July 6.

Starting with the most serious convictions, the court requalified the explosive attack against the Carabinieri’s student school in Fossano(Cuneo) on June 2, 2006 and claimed by Rivolta Anonima e Tremenda / Federazione Anarchica Informale as a “political massacre” (art. 285 c. p.), referring the case back to the Turin Court of Appeals for a peggiorative recalculation of the sentence with the risk of life imprisonment for comrades Alfredo Cospito and Anna Beniamino.

In addition, all other convictions handed down in the Court of Appeals were upheld with sentences ranging from 2 years and 6 months to 1 year and 6 months for 11 comrades and acquittals for the rest of the defendants.

The convictions and acquittals as of now are final.

The need to throw down these two lines is due to the fact that I have realized that many comrades do not have a clear understanding of the situation in which some of us convicted Scripta Manent comrades find ourselves.

This has happened also and mainly because of us, as defendants at “liberty,” who have not in the immediate term explained the convictions and what some of us will be up against in the coming times. In addition, there was a rumor that none of us convicted would have to serve our sentences because of parole or suspension.

Unfortunately, this is not the case: I and two other comrades will have to serve our sentences in prison for now.

As for me, on July 19 I was served at my lawyer’s office with a sentence of 2 years and 6 months with a one-month suspended sentence. This means that taking into account that in August the courts are on vacation and the month of suspended sentence, about the middle of September I will have to start serving my sentence in prison.

Otherwise I have enough knowledge about repression in Italy that I was not surprised by the sentence, except for the nightmarish situation of Alfredo and Anna where it is obvious the state’s intent to bury them in its lagers.

It had been years that, in turn, magistrates had been trying in vain to get those who took an interest in counter-information finally convicted. The “prima donna” Roberto Sparagna succeeded.

A magistrate, the “forgetful man of Turin,” who managed thanks to his friendships in the corridors of the court to send many of us to the court of appeals and then to the cassation.

I am referring to the fact that those acquitted in the first instance were not even supposed to make it to the second instance because the prosecutor had submitted a request a week past the deadline; therefore “by law” the request should have lapsed and been rejected by the judge.

But nothing…the friendly judges turned a blind eye and gave the little dress to the Naked King.

From that moment it was clear that the convictions had already been handed down.

Moreover, Alfredo’s transfer to 41bis the night before the sentencing, and the “Falcone and Borsellino” award he received a week earlier thanks to the spasmodic and nauseating campaign of begging for solidarity left and right because he called himself the most escorted magistrate in Italy, did the rest.

From Pm Roberto Sparagna and those four cronies of Libera ( Piedmont section) I was called “mafioso” because I had called the same magistrate and the judges in the first instance by their real name: Wretches.

But weren’t mafiosi those who through friendships “fixed” trials? Oops…

So for the first time the condemnation of counter-information in Italy becomes cassation, after the crime of “subversive propaganda” was thrown into the garbage a few years ago.

He only the Pec confirming the date of the appeal request could not be found in his computer, for everything else he proved to be a skillful permalent acrobat.

Otherwise, if I could go back, I would do it all over again the same way.

RadioAzione in addition to bothering the state has bothered a certain kind of anarchist movement just as much; so the fact that it has been avoided mentioning it these past two years in their communiqués and writings I understand, and I would be happy for it to continue to be that way from the moment I start serving my sentence. I am an atheist, I don’t need the pity and condolences.

By the way, why bother with an individual who was creating his own “anarchism in his own little room with lots of spoiled air with that way of counter-information?”

And so, from September onward “we dispense with flowers, thank you!”

For anarchy, for insurrection!