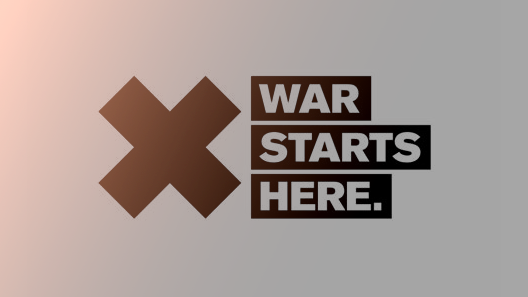 The horrors of war move sensitive souls. To us, however, they remind us that it is injustice that dominates this world. The mangled bodies are always those of poor people, it is never a rich man who dies, who loses a hand.

We do not think we can compete with the violence of the state; your capacity for destruction and death is unparalleled. In recent years you have shown it in Syria, in Iraq, today in Ukraine, and we saw it with the torture and slaughter in Italian prisons in March 2020. We have not forgotten or forgiven.

We cannot compete with your violence and probably do not even have the guts. Instead, we believe in the necessity of revolutionary violence, in action that opens glimpses of freedom. We believe in the contagion of ideas that walk through actions.

Once again the Informal Anarchist Federation becomes a tool for revolutionary communication and propagation of anarchist action. An instrument to which all comrades can adhere by affixing their signatures to the acronym FAI-FRI, putting us in communication without the dangers derived from direct knowledge. A tool with which we can express ourselves, even dialogue and confront each other, in the knowledge that we are talking to comrades who have put their lives and thus their freedom at risk. When words are too many and consequent actions are few, it is up to us alone to reverse this trend.

We brought a little reminder of violence home to those who with state violence do their business.

We sent the parcel bomb that arrived June 27 in Rome to Alessandro Profumo, CEO of Leonardo S.p.A., the state-owned company that produces weapons of war and cutting-edge technological devices. A collector and boardroom climber, a grand boot licker of universities, Profumo is one of those people we are unlikely to see bleeding from the wars with which he enriches himself. Leonardo has done business trading arms with both Russia and Ukraine, today its shares are flying on the stock market, and the Italian government is promising a shower of billions coming in thanks to the NATO-mandated arms race. Their capital is only ever matched by our suffering and sacrifice.

Can you smell the perfume of rage? We are coming to restore some of your terror, scum!

Leonardo is at the forefront of technological development and research in Europe, for example being repeatedly commended for its achievements in the field of aerospace engineering. The coincidence is not surprising since war and technical innovation have always been interconnected.

It is with technology that they ruin our lives, that they spy on us, that they drive us into misery. It is with developments in techno-science that aim to reshape the social fabric, making war possible. Let us strike at those responsible.

Let us call for an international campaign of action against the oligarchs who enrich themselves with war, the masters of energy and the techno-science and industrial sectors. Each with the means and methods they prefer, making their case or letting the facts speak for themselves.

We dedicate this action to Alfredo Cospito: remove our comrade from 41 bis or you will have to start washing the blood of the jailers.

No resignation, no truce, no peace. For international fraternity and revolutionary action.

* Augusto Masetti, an Italian anarchist who shot his commading officer at the beginning of the Italo-Turkish War. A military court put him in an insane asylum, instead of the expected sentence of death by firing squad.