Who (de)stabilizies the social conditions? 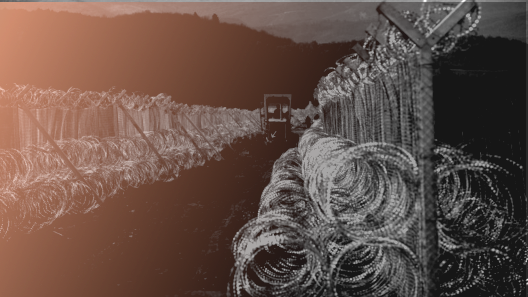 The corona pandemic has dominated our everyday life for a year and a half now. Climate change is having its first catastrophic effects in our immediate vicinity, and almost daily there are so-called individual cases of right-wing involvement in the German security authorities. Fake news and the post-factual are on the rise. In this climate, it is not only conservatives who cling to the traditional pillars of power – the institutions of the state, laws and police. Governing in crises also always means using the crisis as an argument for increasing economic, social, and security powers.
This past year, a white-dominated, european middle class experienced, in a way unknown to it, an existential threat that is everyday life for so many people. This class now relied on the state to continue to protect its privileges through more border patrols and a return to nation-states.

Social tensions are rising. Thousands have lost their jobs or have been put on part time work, while at the same time the number of millionaires in Germany has actually increased during the pandemic. The task of the state has always been to manage these contradictions and to maintain social peace in precisely these situations. A logical consequence of this, is the expansion and strengthening of the security authorities. A militarization of the police, with new weapons ranging from Tasers to tanks, surveillance and massive tightening of police laws to further expand their abilities.

The pandemic shows how bias the police are excersing their powers

How severely people were hit by the measures taken to contain the infection, depended largely on their social status. Throughout the day, police and the Ordnungsamt roamed the streets of Neukölln to check for compliance with the mask requirement and distance rules in the Spätis and shisha bars.

During the peak phases of the pandemic, there seemed to always be the need for someone or even better a social group to be defamed as the „driver of the pandemic“. In the summer of 2020, these were young people who allegedly constantly celebrated wild parties in the parks, thus endangering the rest of society. For several months, the BZ regularly published new articles blaming young people for their inconsideration. From the beginning, the police met the youths with violence. Every evening they cleared the parks in riot gear. Even when pubs and restaurants reopened towards the end of the summer and people started meeting indoors again, the agitation and violence against young people did not stop.
While the needs of young people were ignored for months because they were not relevant to the system, they then had to take the blame for the failure of the adult rulers during the pandemic.

Right-wing networks in the police

Almost daily, new scandals about right-wing networks and Nazi propaganda in the security agencies come to light, leading to a greater division of our society. While some are beginning to take a critical look at the police and publicly question their legitimacy, conservative hardliners are even calling for stricter laws and more surveillance, to uphold safety on the streets. However, this only works to their advantage, mainly in securing the priviliges and power of the ruling class. It is predominantly the privileged part of society that continues to demand the safeguarding of their status with the help of the police and the state authorities, and even sees an expansion of their authority as a neccessity.

Racism in the Security Authorities

Racism in the security authorities cannot be thought of, without structural social racism. Racist police violence is supported and carried by a discourse that is drifting further and further to the right. Right-wing violence on the streets is beeing ignored by large parts of society and is tolerated or covered up by the security authorities. Refugees are isolated and deprived of any hope for a better life. People are murdered directly and indirectly as a resul. Only a year ago, Ferhat Mayouf died when he was left to burn to death in his cell in Moabit detention center.
Also at the European external borders are driven among other things by illegal Pushbacks, protection-seeking humans into the death on the Mediterranean. These pushbacks are also carried out by the European authority Frontex.
Collective deportations to so called safe countries are in many cases an indirect death sentence. Despite the renewed escalation in Afghanistan, the German government continues to uphold collective deportations.

Videos of police violence emerge daily from all parts of the world. After the brutal murder of George Floyd, calls to „defund the police“ grew louder and louder. Defund the police? Might that be a solution? Can the police, who as an institution have the obligation to stabilize the existing power structures, be reformed? Or is it not rather one of the fundamental problems? The police serve to maintain the prevailing conditions and to protect those who profit from them. For people who rebel against this system, or for those of us who move outside the social norms, the police become a potentially lethal threat.

Our solidarity against their repression

We want to continue and follow up on the moments of solidarity, militant actions and police-critique of last year. Together we want to discuss the questions raised in them, exchange ideas about alternatives, solidarity and network. At this years „Entsichern“ Congress from September 10-12 in the Mehringhöfe in Berlin. These three days are our response to the annual European Police Congress in Berlin.
The broader the security apparatus is radically questioned, the more people look for self-determined solutions to their problems, the closer we come to our ideal of a better world!

The program, our hygiene concept and other current information can be found under 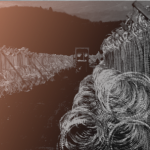