Another wave of squat evictions in Bihać, Bosnia & Herzegovina 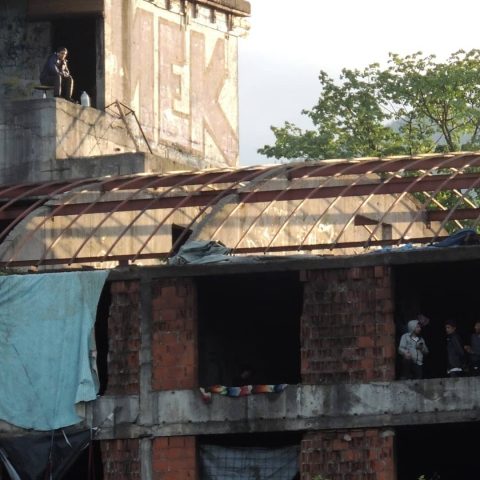 On Friday 18th May, the main squat in the city center of Bihać, northern Bosnia & Herzegovina, was once again evicted.

Local Police and SFA (Service for Foreign Affairs) (according to what is published on the local media), have led the operations of this eviction, which was somewhat expected after IOM confirmed that they would take back management of Lipa Camp. „It is not the first time that evictions occurred after big grants from EU institutions were made to IOM“. Coincidence? Everything could be. People-on-the-move had been stressed for weeks in anticipation of this, just like us.

„It was a very difficult day,“ stated a Bihać cleaning company on Facebook, after the forced eviction of the building known as ‘Nursing Home’. It is an abandoned structure with only holes for windows, housing hundreds of people-on-the-move until last Friday. Of course, it doesn’t take a lot of imagination to believe that it is difficult to forcibly evict people from their homes, trashing their belongings and leaving them in the cold.

Sadly, the fact that they were cleaning up after an eviction wasn´t the difficult part of the job, the cleaning tasks were considered harsh.

¨It was a very difficult day¨ said an Afghani friend on the move. „Police lifted us out of bed, brought us to a disastrous place with no provisions and walked back 40 kilometres only to find our belongings trashed.¨

It was reported that, following the eviction, people-on-the-move were taken by bus to Lipa Camp where the security of the camp denied them entry. They then had to walk approximately 30 kilometres down the mountain, back to the city, to find their belongings disappeared or destroyed.

Returning to the ‘Nursing Home’ is not an option. Police started guarding the building and preventing any person-on-the-move from entering. Yellow banners, like a Hollywood crime scene, surround the building, making those wanting to get back in, think twice.

From the 242 former residents of the Nursing home, we estimate that more than 150 have made their way back to Bihać.

As their belongings and roofs are gone, they have to look elsewhere, many of them having no alternative than staying outside in the forested areas south of Bihać, known as the Jungle. It is an incredibly rainy week in Bihać, which means our friends on the move are left in mud and cold.

Our response to the events of this week consisted of longer distributions than usual, with an increased focus on blankets, tents and mattresses to somewhat prepare them for cold nights outside. We try our best to provide sufficient materials for people on the move, but the cycles of evictions and pushbacks already emptied our warehouse over the last week. This means we can only cover the tip of the iceberg of material needs with our current stocks. As tents, sleeping bags, pants and shoes have run out by now, we provide People with mere pieces of tarp and rope.

Even though we feel sad about the little we can offer people, they also show incredible resilience and creativity in finding solutions to their problems.
When going around the camps today people showed us amazing creations put together by these pieces of tarp, offering people shelter from the storm and a place to keep their belongings. See the above picture for inspiration on how to turn a piece of plastic into a home.

Apart from these examples, people are in need more than usual this week, and our resources are lacking, as we are expecting more evictions in the next days and weeks. Local groups told us that this might happen.

Also, if we look back to the situation here in the last 3 years and we hear the news it is very probably: IOM, the institution in charge of the official Refugee Camps (Camps are made with the money of the same European Union that closes the borders and keeps blind to the illegal pushbacks at these borders), has announced that more money is coming for #LipaCamp

Always when those announces of new camps are around, we have witnessed in the past , that they come with more pressure to the people that are migrating. By the end of 2020, before the famous and tragic fire of Lipa, IOM and European Union wanted to close Lipa camp because, due to the location (mountains, far from cities) it was not possible to build it with the „EU standards“. Because of difficultly in providing proper water and energy.

We are in need of more donations in order to provide the necessary materials. Help us to help: donorbox.org/emergency-in-northern-bosnia 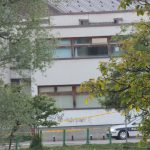 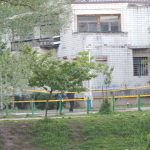 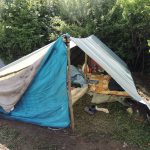 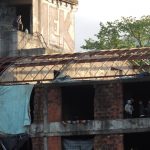