Interkiezionale Calls Out to support Brauni! 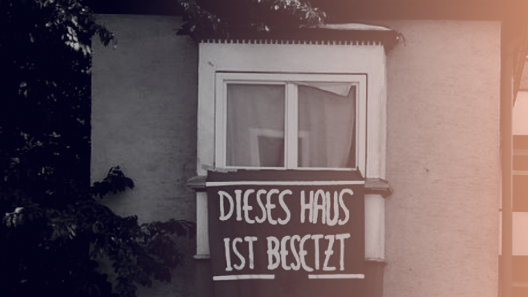 Brauni is a house project that started 12 years ago in Neukölln and is under eviction threat since two years. On the 6th of November there will be a Kundgebung at 2PM. The Interkiezionale is calling out for support because some house projects and wagenplatzes might be sleeping, but gentrification is not!

The hints of gentrification are smelling through the air and landlord Hak Hussein is rubbings his hands because he’s craving for profit. When walking through Neukölln one might have noticed that next to that favorite falafel place, an urban bar popped up! The Middle Eastern Supermarket is replaced with an expensive biological supermarket and the chaotic street grafitti is replaced with street art because neat streets raises the value of property and rent. Hak Hussein is smelling the ingredients of a pie, that only can be eaten by those who can afford a piece and he will do everything to get it on his menu.

Not only Brauni is under eviction threat, many tenants of Neukölln face the same problem. This neighborhood is an upcoming hotspot for the eviction circus in Berlin that passes us silently on a daily basis. The media televises the evictions of
house projects and wagenplatzes as a spectacle. It depoliticizes the aspect of resistance and how existence is expressed in economical value by those who make the rules behind their elite desks after sealing the deal with landlords and project developers while they share their interest in speculation bubbles and sip champagne.

The evictions that take place are a result of skyrocketing high rent to push tenants out. Besides that, the current inflation affects people in their daily lives and when debts are piling up, tenants have to choose between skipping a meal or closing unpaid gaps. It will be beneficial for a landlord because he will never waste a good crisis! He will patiently wait until the debt is high enough to evict and raise the rent for the new inhabitants. Upcoming investors who put profit in land and property, will have a cheap buy when the bubble starts to burst during deflation but they have the benefits from other landlords that did pre-work in raising the rents. The average market value of a street is calculated in the number of wealthy tenants who pay the exorbitant rents and from there on, it can only rise again and those with a smaller income, are not welcome anymore.

As this crisis will not be wasted, Neukölln faces a fast forward gentrification process. It’s facilitated by a system that runs on accumulation, consuming and by dehumanizing people as disposables in using a psychological violent displacement process with eviction as end station. With that in mind, the kiez is not only about fighting gentrification for house projects and wagenplatzes. There will be no unity in a fight if there is no connection on the streets with neighbors in a common struggle. If the common is lost, there is no carried movement for a political cause. There will be defeatable resistance of a political subculture that has a eviction spectacle as media coverage but gentrification will be there, stable as ever, bigger as ever and ready to take over Berlin.

So come to the streets on the 6th of November to support Brauni! Connect on the common and organize a movement towards resistance. Share your ingredients so we can bake our own pies that value our existence in the neighborhood with shared community spaces that give room to craft, create and debate.

We hope to see you there!